Find Out America's Most Trusted and Popular Liquor Brands

The sphere is brimming with liquor lovers and for them it is a must to have a glass of drink in their hands no matter what instance it is. Without drink, their occasion is incomplete.

Sold in huge amounts in the United States of America, from beer to craft-cocktail, Americans never fail to take in a chance to pick-up the best brand from the array of liquors.

Jack Daniel's Old No. 7 Sour Mash Tennessee Whiskey is the world's best-selling whiskey, with every bottle distilled and bottled at the Jack Daniel Distillery in Lynchburg, Tennessee, America's oldest registered distillery, established in 1866. This American whiskey is made from the most excellent corn, rye, and barley malt. These choice grains are mixed with the iron-free water flowing from the Cave Spring right on the whiskey distillery grounds. From there, Jack Daniel's is charcoal mellowed drop by drop through 10 feet of sugar maple charcoal, which imparts the distinct smoothness. 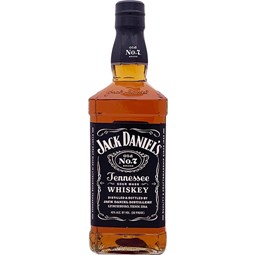 Tito's Handmade Vodka is produced in Austin at Texas' oldest legal distillery. It has been designed to be savored by spirit connoisseurs and everyday drinkers alike. It is distilled from corn and is certified gluten-free. It is micro-distilled in an old-fashioned pot still, just like fine single malt scotches and high-end French cognacs. This time-honored method of distillation requires more skill and effort than modern column stills, but it's well worth it. 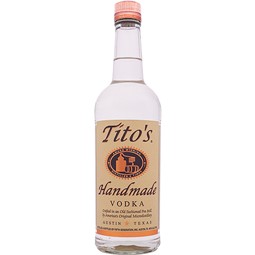 Don Julio 1942 Tequila Anejo was handcrafted in tribute to the year that Don Julio Gonzalez began his tequila-making journey. Aged in small batches for two and a half years in American white-oak barrels, this Anejo Tequila is made with 100% Blue Weber Agave that is ready for any celebration. Distinguished and refined, this special Anejo has been produced in small batches and reflects Don Julio Gonzalez's life-long passion for making the highest quality tequila. Don Julio 1942 Tequila is comparatively much better than tequila brands. 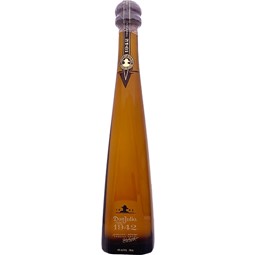 Captain Morgan Original Spiced is a smooth and medium-bodied rum that is a secret blend of Caribbean rums and other natural flavors. Its subtle notes of vanilla and caramel give classic rum cocktails a distinctive, flavorful finish. It gets its distinct richness and amber color from aging the rum in charred white oak barrels. It is the original party spirit, a spiced rum that was born and blended to have a good time. Deliciously different and exceptionally smooth, it has a character as unforgettable as The Captain himself! It is the perfect mix with Cola – the secret recipe of spices blended with the Cola to make a legendary mix. So grab a bottle of Captain Morgan Original Spiced Gold Rum, raise a leg, and toast to the adventure to be had. Drink responsibly, Captain's Orders! 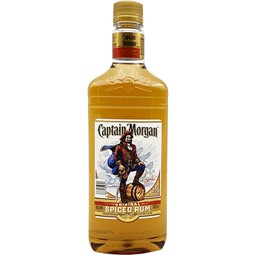 Since 1795, Jim Beam has been crafted by the Beam family and distilled with a strong sense of family values. Seven generations later, it's still made with those same values and aged twice as long as the law requires. Perhaps that's why, today, Jim Beam Kentucky Straight Bourbon Whiskey stands as the World's #1 Bourbon. It is elegant, smooth, and refined. 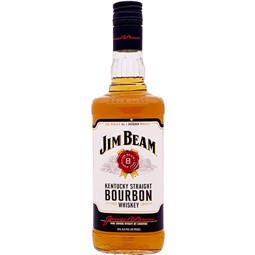 Absolut Vodka was first launched in New York in 1979. It soon became the talk of the town, in the US and eventually of the world. But the recipe behind the clean and natural taste of Absolut is older than 30 years. So is the 18th-century medicine bottle found in an antique store in Stockholm, Sweden, that inspired the iconic Absolut Vodka bottle.

The main ingredients in Absolut Vodka are water and winter wheat. The water has been drawn from a deep well in Ahus, where it is protected from impurities. With minimal fertilizer use, winter wheat is sown in autumn and harvested in autumn of the following year. Throughout the year, the wheat grows under the Swedish snow and sun, developing its robust husk. 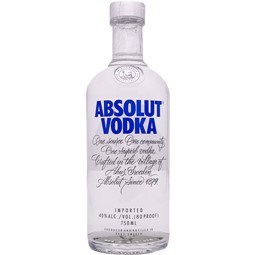 Patron Anejo Tequila is handcrafted from the most excellent 100% Weber Blue Agave and is carefully distilled in small batches at Hacienda Patron distillery in Jalisco, Mexico. It has then aged in French oak, Hungarian oak, and used American whiskey barrels.

Patron Anejo is a delicate blend of uniquely aged tequilas, all aged in small white oak barrels for a minimum of 12 months to produce a tequila perfect for sipping. Similar to winemaking, each vintage of it has carefully blended to provide a smooth and distinctive-tasting tequila. 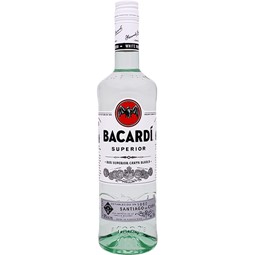 Johnnie Walker Black Label 12 Year Old Blended Scotch Whiskey is a true icon, recognized as the benchmark for all other deluxe blends. Created using only whiskeys aged for a minimum of 12 years from the four corners of Scotland, it has an unmistakably smooth, deep, complex character. It is a smooth and beautifully balanced whiskey with a distinctive smoky flavor, expertly crafted using an unrivaled selection of Single Malts and Grains, each aged for at least 12 years. 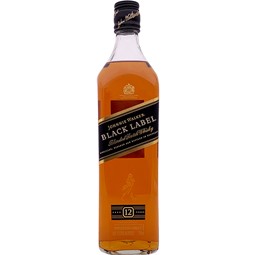 Created in 1880 by founder Louis-Alexandre Marnier Lapostolle, Grand Marnier Cordon Rouge Orange Liqueur is a premium blend of cognacs with wild tropical oranges from the Caribbean. Louis-Alexandre's vision of blending the essence of wild tropical oranges with cognac from France was unconventional and indeed the earliest form of spirits innovation of its time. Grand Marnier Cordon Rouge contains 51% cognac and 49% orange liqueur. 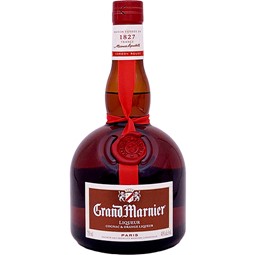 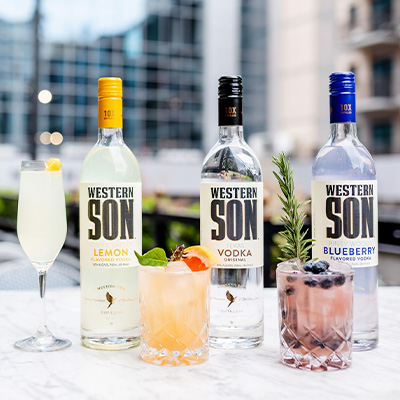